The Most Commonly Used Spices in Mexican Cooking

Traditional Mexican food in Seattle has a distinct taste and contains spices and vegetables that give its signature taste. Some of the few common ingredients used in Mexican cooking for the spicy flavor are onions, garlic, chile powders, herbs, and more. The combination of heat and smoke gives Mexican cuisine its richness. From earthy cumin to the common thyme, there are different kinds of spices used in Mexican dishes by the Mexican restaurant in Seattle WA, to give out a unique flavor and taste.

Achiote seeds come in brilliant orange color and mildly earthy flavor. It is used in Mexican cooking as a natural food coloring and is commonly used in sauces and marinades.

Mexican cinnamon has a floral aroma and is used in desserts, soups, and stews. The sweet spice found in cinnamon adds depth and originality to soups and stews. Mexican cinnamon pairs well with vegetables like onions, carrots, squashes, and more. This hot and aromatic spice is very commonly used in baked goods and desserts.

Chilli powder is ubiquitous in Mexican recipes, and the flavor varies from blend to blend. It’s used as a condiment to flavor fruits and vegetables. Whole dried chilies are also used to make savory dishes that are served at a Mexican steakhouse in Seattle.

Clove gives out a unique peppery-sweet flavor that adds richness across the Mexican food spectrum. They must be used sparingly as they are strong and can easily take over a dish if they’re not balanced correctly.

Unlike cilantro, coriander is less aggressive and adds a warm, sweet flavor to black bean soup served at a Mexican restaurant in Seattle WA.

Cumin has a strong earthy, pungent flavor that enhances the taste of sweeter vegetables or mild bread. 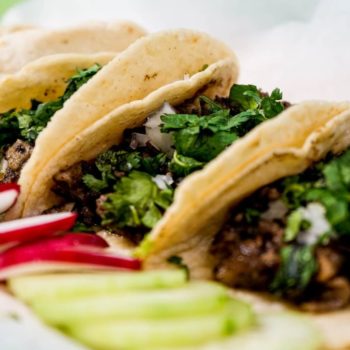